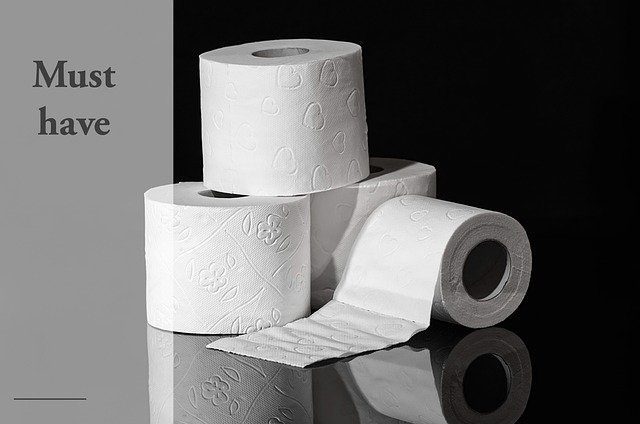 What did humans use before toilet paper was invented?

The other day I was sitting on my state of the art electric bidet toilet seat and I could not help but wonder what folks were using before toilet paper was invented. And then there is myself. Used to use toilet paper but no longer!

That thought bugged me for a while and so I started digging for information to have an understanding how my ancestors survived without this vital resource.

I now have the answer to this query and I must admit I was quite intrigued if not shocked by some of the things I learned.

Before toilet paper was invented, what people used depended on where they were geographically and their social status. Royals, the wealthy and people in old civilizations had it easy while peasants had it rough. Literally.

Depending on where you were geographically and in social status, you were likely to use green leaves, stones, snow, ropes, sticks, wool, seashells, corn cobs, fruit skins, water or even bare hands.

In order to use a toilet paper, you need a toilet first, right? Wrong! Old folks did not have toilets. These guys lacked both toilet paper and the toilet themselves.

So between the toilet and the toilet paper, which came first? That is another subject I researched on and I have the answer for you.

When was Toilet Paper Invented?

Toilet paper was invented in China in the 14th century. Before there was toilet paper, there was printed paper and the then emperor was tired of using it to wipe his rear end.

He therefore gave out an order demanding that a paper (plain) measuring 2 by 3 feet be made for his use in the bathroom. Suffice it to say the emperor wouldn’t be so happy with today’s toilet paper sizes.

Unfortunately, these was many centuries before information could travel as fast as it does today and hence Americans had no way of knowing that folks on the East were wiping way better than them.

Americans did not enjoy the convenience of a toilet paper until 1857 when a New York businessman Joseph Guyetty started selling the “Medicated Paper for the Water Closets”. This was when flush toilets were commonly known as water closets.

To just appreciate where people were coming from, Guyetty marketed the toilet paper as the “The greatest necessity of the age”.  It was neither the strongest nor the softest toilet paper but people were just happy to use it.

Guyetty however made sure that each sheet had his name on it. A strange thing, he probably didn’t trust history books with according him the credit he deserved.

The person credited with the invention of the flush toilet is Sir John Harrington in 1592. Ever wondered why toilets are called Johns? Now you know!

Flush toilets however became available to most people in the 1890s, around the same time when toilet paper was also becoming more common in bathrooms.

What People Used Before Toilet Paper Was Invented

Now that we know toilet paper was non-existent until the 14th century, what were people in the different parts of the world using? Let us look at the options people had from the different corners of the globe.

One of the most preferred item was wool. Given how soft wool is, especially when compared to stones and coconut husks you can then understand how lucky this folks were. I however don’t know what they did with the wool after wiping since modern plumbing as we know it today didn’t exist.

Romans who didn’t fancy having their hands too close to their behinds came up with another tool to wipe their rear end with. This involved tying a sponge to one end of a short stick.

After use, the stick would then be dipped in a bucket with salty water for the next user. This leaves me with a lot of questions in mind but I don’t want to think about it as it is really gross.

Some Romans and Greeks used clay. The clay would be rolled in oval or circle shapes and then smoothed. What I do not know is if they would throw it away or preserve it for the next use.

Needless to say, before Europeans arrived in America Native Americans occupied the land and they too needed to poop and wipe. So what did they use?

Since toilets at that time did not exist, folks would just look for a nearby bush, squat and go ahead to do their business. They would then look for some fresh green leaves or corn cobs, wipe and proceed living their lives the best way they knew how.

When Europeans arrived in America, they built simple bathrooms but flush toilets and modern plumbing was still non-existent. They would wipe themselves just like the Natives and then later using newspapers, magazines, catalogues and pretty much any paper they would find.

You would be interested to know that the Farmer’s Almanac even came with a hole to help people hang it in their bathrooms for easier use. This went on for many years even after Gayetty had started making toilet paper.

Gayetty’s toilet paper often left splinters, something that did not happen with old papers. Many people hence did not see the need to pay for it.

Apart from inventing toilet paper, China was also invented the printing paper many years before the toilet paper. The problem was that not everybody could access the printed paper hence it was a reserve for the royals and the wealthy.

For the poor farmers, they would dig a hole on the ground and a trench leading to the pig pen. They would do their business on the hole and let their waste flow where the pigs would be waiting for the snack!

These are the guys whom we can say have kept their “wiping tradition” till today. After doing their business, they would wipe their behinds strictly using their left hand and then clean it with water.

It was not unusual to have people help themselves in a river, clean their hands with the same water and carry some home for their daily use. The use of the hand is still in effect in most of that region to date and that is why the right hand is the most preferred one for a handshake.

Water is without a doubt the best way to clean yourself after using a toilet (even today) and that’s why a Muslim traveler to China at the time was surprised to see them wiping with paper.

He noted that “The Chinese are not careful about cleanliness, and they do not wash themselves with water when they have done their necessities; but only wipe themselves with paper”.

Japan is probably the one country where almost every bathroom has a bidet but things have not been always that way. Believe it or not, the Japanese used a stick similar to that used by the Romans but the sponge had to be a little thinner since they used it t clean around and inside the anus.

Eskimos used the only thing they had at their disposal to wipe themselves. Snow. I can imagine how cold snow must have been, especially if you needed “to go” in the morning given the sensitivity of that particular body part.

Snow is however in my opinion a better alternative than some other used items like coconut husks or stones.

What Next after Toilet Paper?

Toilet Paper was a revolutionary invention. Apart from being gentle on the skin, it works very well with modern plumbing, whether connected to a sewer line or a septic system. I can only imagine how we would be able to use flush toilets while wiping with leaves or stones.

Bidets (pronounced as be-day) are becoming more popular these days, given how thorough they are in cleaning not mentioning other advantages. Depending on your preference and budget, you can buy one of the following bidets:

Bidets are not a new invention though. Stand-alone were invented in France in the 17th century. They have from since been in use in Europe and Asia but just didn’t catch up with the North American market.

Bidet seats and bidet attachments have however excited most Americans and most are abandoning toilet papers for them. If you want to read more on toilet paper alternatives check out this post.