Dual Flush Toilets – Everything You Need to Know 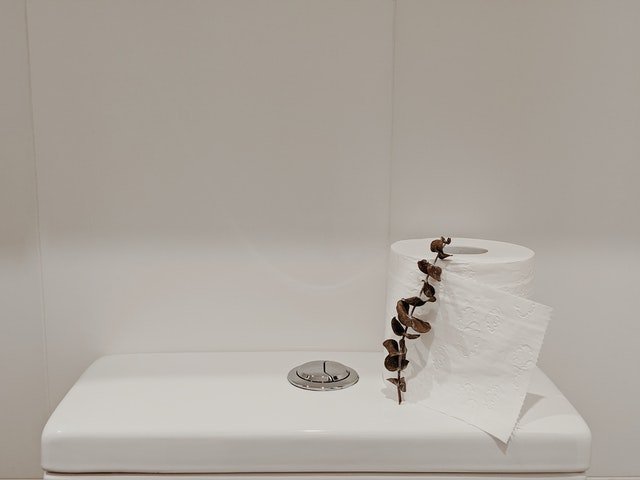 What is a Dual Flush Toilet?

Dual flush toilets were invented by Bruce Thomson at the time working for Caroma, but they are now manufactured by just about any other toilet manufacturer. Most of the dual flush toilets use flush buttons which are normally mounted on top of the tank lid although a few use a trip lever.

Difference between a Single Flush and a Dual Flush Toilet

1. Amount of water used per flush.

Inside the toilet tank of a dual flush toilet, there is a large valve that controls the amount of water that flows down to the bowl, depending on the button you pushed. The dual flush valve is mounted on top of the flush valve opening and has a rubber seal that prevents water from constantly running into the bowl when the toilet is not in use.

The primary objective for installing a dual flush toilet is to conserve water. Almost everyone goes to the toilet to flush liquids more times than they go to flush solids. In all these trips to the bathroom, a substantial amount of water is saved if you have installed a dual flush toilet.

To put things more into perspective, researchers believe that dual flush toilets save water by more than 60%. According to Kohler which is one of the leading toilet manufacturers, the Kohler Highline Comfort dual flush toilet can save up to 4000 gallons of water in a year.

It is therefore true to say that dual flush toilets are more water-efficient than single flush toilets which is a big win for the environment.

As we have seen in the point above, dual flush toilets use less water which means low water bills as a result. How much money would you save in a year if you spent 4000 gallons of water less for every toilet that you have?

You will definitely not get rich by installing a dual flush toilet but you will without a doubt save some good money.

Dual flush toilets especially those that have flush buttons look so stylish and modern compared to those single flush toilets with a flush handle.

The handle on single flush toilet somewhat looks like a distraction while the flush buttons gives the dual flush toilet a seamless design which is both pretty to look at and easier to clean.

Although this would not be a big motivating factor for most people to buy a dual flush toilet, imagine a scenario where you have a very small space in your bathroom where you want the toilet to fit.

With a single flush toilet, the handle will most likely be fitted on the side of the tank and therefore requiring more space. In an instance where every inch counts, a dual flush toilet would be the best toilet to install.

What are the Best Dual Flush Toilets?

There are very many good dual flush toilets in the market. These are however the ones we are sure are worth every penny.

Woodbridge T-0001 is a one-piece WaterSense elongated toilet with a comfort height. It uses 1 or 1.6 gallons of water per flush.

It has chrome-finish rectangular flush buttons and a fully skirted design. The toilet bowl height is 16.5 inch which is very comfortable to sit and stand from.

The American Standard H2 Option is a two-piece standard height elongated toilet. It lets you use 0.92 or 1.6 gallons of water per flush which is pressure-assisted.

Its surface is coated with American Standard’s EverClean additive that inhibits the growth of mold and bacteria. The toilet bowl height is 15 inches and has a standard rough-in of 12 inches.

The Kohler Wellworth is a two-piece round-front toilet with a standard height. It has a rating 1.6/1.1 gallons per flush using Kohler’s Class Five flushing system.

This toilet has a round toilet bowl which therefore means it takes up less bathroom space, although it can be a little uncomfortable for people who prefer elongated toilet bowls. It also has a standard bowl height of 14.5 inches.

This model of the Toto Drake is a dual flush two-piece elongated toilet with a standard height. It uses 1.6 or 0.8 gallons of water per flush employing Toto’s Tornado flush system.

The distance from the floor to the top of the bowl rim is 15 inches. This toilet like all Toto toilets has its surface coated with the Cefiontect glaze which makes it look shiny and new for longer.

Sometimes when using dual flush toilets, you push the flush button to flush it but the button does not come straight up. If you are not careful to note this, your toilet will be running non-stop.

This problem is caused by dirt or minerals embedded underneath the flush buttons. To fix this problem, lift off the tank lid and flip it over a sink. Clean the buttons with running water. You can use vinegar or dish soap and a sponge if the there is too much dirt inhibiting the up and down movement of the buttons.

In order to diagnose and fix a constantly running dual flush toilet, check out this post.

No. Not really. There are so many factors that determine the end price of toilet other than just the flushing mechanism. There are cheap and expensive dual flush toilets and the same is also true for single flush toilets.

Author: toilethaven
Filed Under: Uncategorized
Offset Toilet Flange – A Fix For 10/14 Rough-in Toilets
Toilet Leaking From Tank Bolts? Here is how to Fix it