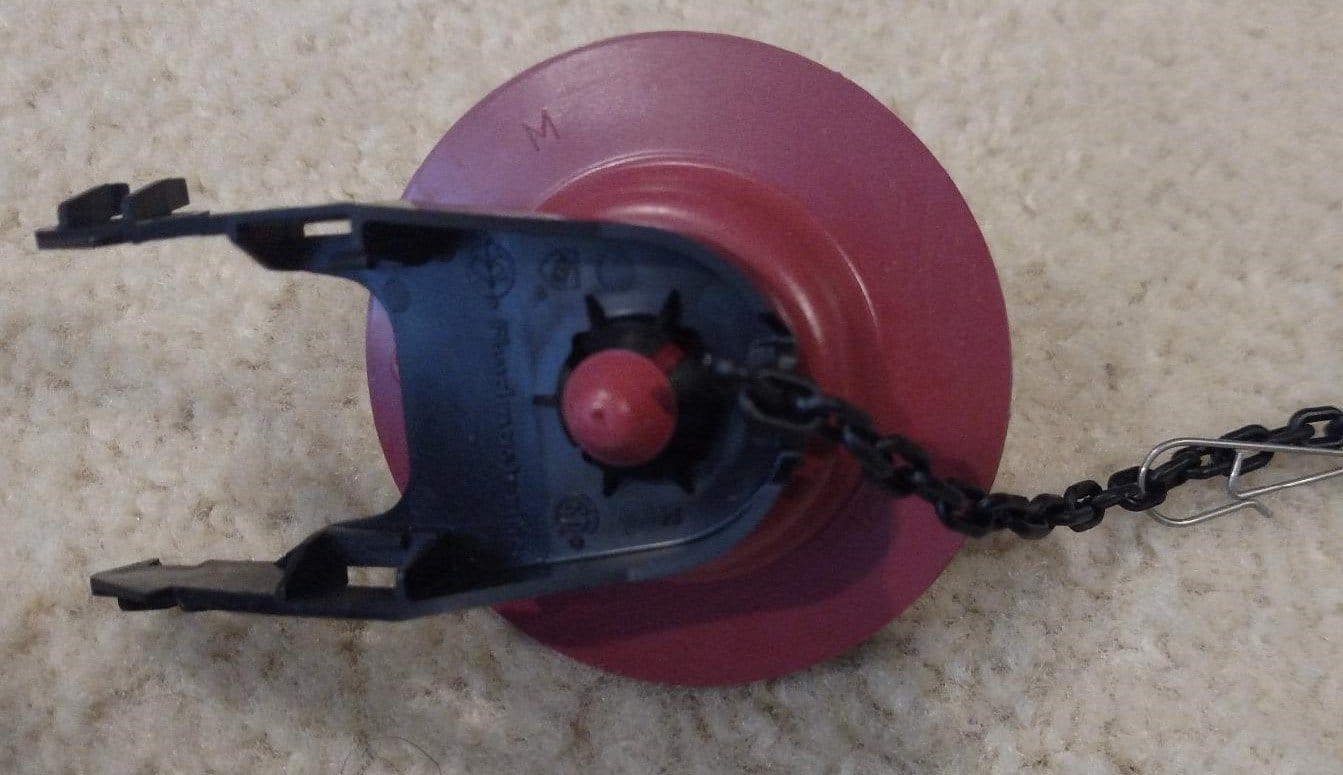 What is a Toilet Flapper?

A toilet flapper is the rubber or sometimes plastic seal that sits on top of the flush valve opening at the bottom of the toilet tank. It opens to allow water to flow from the tank to the bowl during flushing, and then closes and seals the tank to allow it to refill.

Anytime you have a running toilet almost always the toilet flapper is the problem. The good thing is that replacing a toilet flapper is a simple and inexpensive repair which you can comfortably do on your own without calling a plumber.

How Does a Toilet Flapper Work?

The refill mechanism involves the fill valve, toilet float, refill tube and the overflow tube. Almost all of this parts are found in the toilet tank.

It is important to note that the following process happens in single flush toilets. In dual flush toilets things are a little different.

A dual flush toilet gives the user an option to flush the toilet using 2 different amounts of water, basically less water to flush liquids and a little bit more water for solids.

A dual flush valve assembly is placed in the middle of the toilet tank with the 2 buttons at the top. When you push down any of the buttons, the rubber seal lifts off allowing water to flow down to the bowl.

Instead of the toilet flapper as we know it, a cylindrical canister flapper is used and mounted in the middle of the tank. The main advantage of using a canister toilet flapper is that it lifts up wholly during flushing process allowing water to flow down the flush valve from a 360 degrees angle.

This means the water flows out faster resulting into a powerful flush.

How Do I know if My Toilet Flapper is bad?

If your toilet flapper is not fully sealing on the flush valve, water will be flowing from under it and into the bowl causing a constantly running toilet. This is caused by a warped toilet flapper, mineral deposits/debris underneath the flapper and a tight lift chain which slightly unseats the flapper.

Remove the toilet tank lid and check the condition of the tank. What is the level of water in the tank? Sometimes if the fill valve is defective it continuously fills the tank with the excess water flowing down to the bowl via the overflow tube. This also causes a running toilet.

If the water level is below the overflow tube (large tube in the middle of the tank) then the toilet flapper is the culprit. You will need to replace it or clean it.

2. Toilet flushing on its own

A toilet flushing on its own which is also called ghost flushing is caused by different toilet tank parts leaking and not just the toilet flapper. Check on the bathroom floor to see if there is any water which is a sign of a leaking toilet tank or supply line.

When a toilet is flushing on its own, it means that the tank is slowly loosing water. When the water level in the tank drops below a certain level, the toilet float triggers the fill valve to start filling the tank.

Put some food color inside the toilet tank and wait for 30 minutes without flushing the toilet. If the color appears in the toilet bowl then for sure the toilet flapper is leaking and will need to be replaced.

What Toilet Flapper Size Do You Need?

The best toilet flapper to buy is a genuine replacement from your toilet manufacturer. Korky and Fluidmaster sell the best universal toilet flappers.

How to Replace a Toilet Flapper

Replacing a toilet flapper is a simple DIY which you really don’t need to call a plumber to help you with.